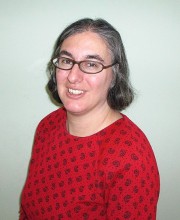 Jacqueline Pasternack has over 25 years of experience and offers affordable rates when handling a wide range of traffic related cases (DUI/OVI and DUS) as well as domestic relations, probation revocation and divorce/dissolution cases.  She is an eminent lawyer who has practiced in several courts and given legal counsel to hundreds of clients.

Jacqueline interned for a year with the Ohio Attorney General’s office.  After graduation, she was of counsel for several years and then opened her own law practice in 2001.

Never too early or too late to call